Is it necessary to export dairy cows? Is ocean freight the only viable option? Is it ethical? And how can sea-transport of livestock be made safer? 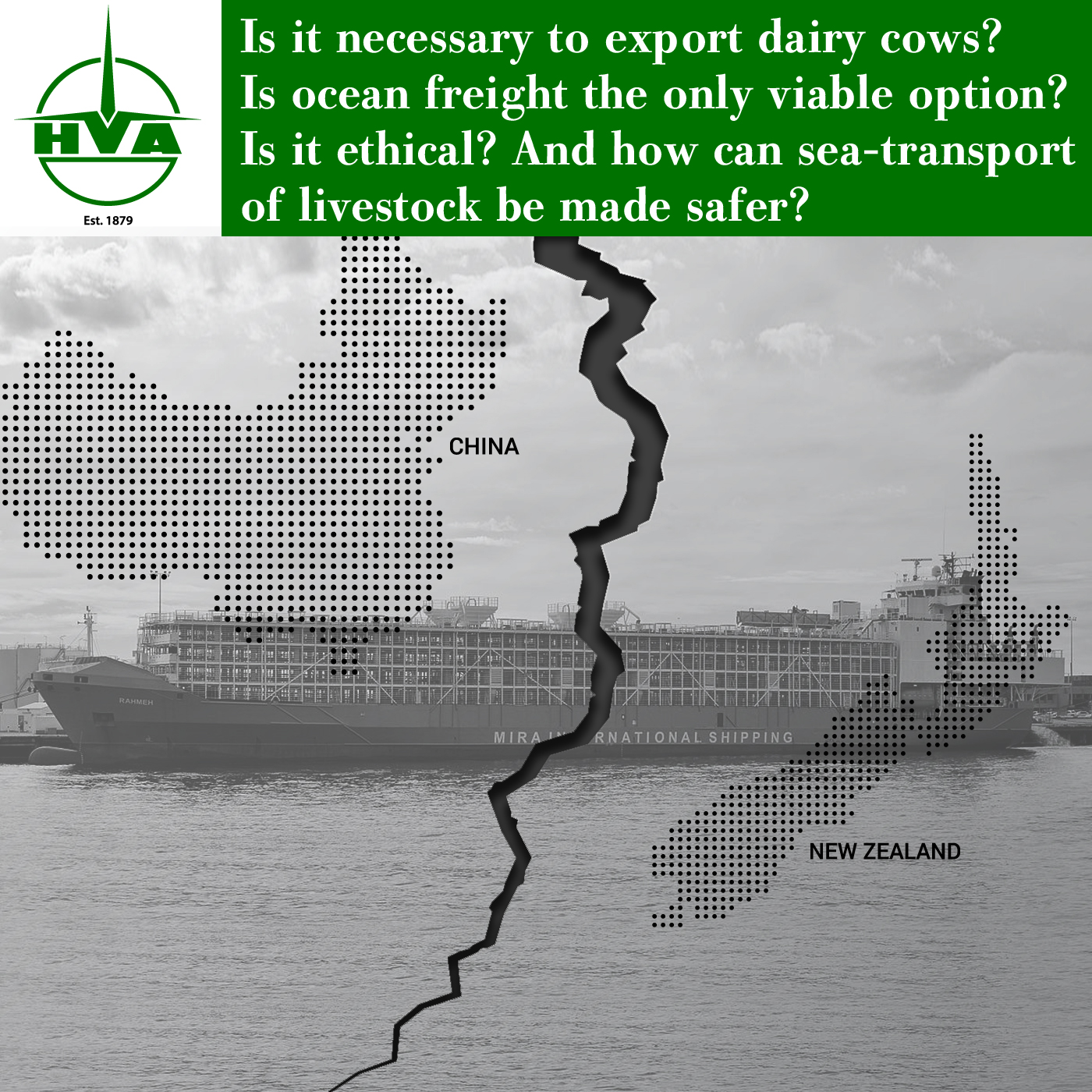 Is it necessary to export dairy cows? Is ocean freight the only viable option? Is it ethical? And how can sea-transport of livestock be made safer?

The tragic capsizing of the “Gulf Livestock 1” freighter in the East China Sea on the 2nd of September 2020, resulted in the loss of more than 40 crew members and almost 6,000 dairy cattle that were destined for Tangshan, China. This has prompted the government of New Zealand to temporarily suspend livestock exports.

In this article, H.V.A. (Est. 1879) would like to examine the questions posed in the title:

The suspension of exports is a reaction to criticism from animal rights activists whose point of view is that animal welfare is compromised on these lengthy voyages, which last up to 17 days. There seems to have been nothing wrong with the vessel carrying the cows. It was a purpose-built ship and a qualified Australian veterinarian was on board. The cause of the catastrophe was the Category 4 Typhoon that caused the ship to capsize. This is force majeure. Typhoons are very difficult to predict and are a risk that one must contend with, just as earthquakes, volcanic eruptions, bush-fires, tsunamis and political unrest can strike with little or no warning.

Even with today’s advanced meteorological equipment, typhoons are extreme weather events whose movements are difficult to predict, and slow-moving ocean freighters cannot easily outrun them. Climate change has made these weather events more erratic and extreme in recent years and this year’s typhoon season has been the most erratic one on record. There wasn’t a single cyclone development during the entire month of July, the first such occurrence since reliable recording began, but in the 15 days prior to the accident there have been no fewer than three Category 3 and 4 typhoons in a row… first Typhoon Bavi, then Typhoon Maysak and finally Typhoon Haisen.

As for the question “Is it really necessary for New Zealand to export its dairy cows?”, the answer to our opinion is a clear Yes.

Export of dairy cows to China is imperative in order for China to maintain good herd development and economically viable milk production. In 1950, there were only 100 000 dairy cows in all of China and in 1959-61 tens of millions of people starved to death. Thanks to intense efforts, the number of dairy cows has increased by 6000%, with the current dairy cow population standing at 6 million. This is an admirable achievement, but it is still a low number compared to India which has more than 40 million dairy cows, which play a very important part in feeding their population of 1.35 billion people.

While animal welfare is also important and significant measures have been taken to avoid that livestock suffer unnecessarily during transport, especially from heat stroke, New Zealand’s export of dairy cows is a humanitarian issue. Stunted growth in Chinese schoolchildren has decreased from 16% to 2%, but that still means that 4 million children are not receiving adequate nutrition. Milk has for decades helped supplement children’s diets and it is no easy task to get dairy cows to produce viable quantities. There have been several scandals in China where unethical dairy producers have added dangerous additives such as melanine, which harmed hundreds of thousands of children and caused several deaths. Ceasing trade in live dairy cows on the grounds that cows might perish during transport can therefore also be considered unethical. It is tragic, but one must act for the greater good.

Animal rights activists have pointed out that New Zealand and Australia would make far more money by exporting their dairy produce to China instead of their dairy cows, but these countries have chosen to share their dairy cows because that is the ethos embraced by farmers around the world. In farming, it is a matter of principle to share. Farmers have for thousands of years shared and exchanged seeds, livestock, produce and know-how with each other. It is a matter of survival… Farmers feed people. They feed families. Children. So, while animal welfare is important, feeding people is and will always be paramount.

Is ocean freight on dangerous seas the only alternative?

Transporting cows from New Zealand or Australia to China by truck or train is impossible. And air freight, is far more expensive, not to mention the carbon footprint (or hoof-print, in this case). HVA (Est. 1879) opts for livestock by air freight only if no other option is viable and for quantities of up to 300 animals. The only feasible alternative might be to transport dairy cattle by rail from the Netherlands, seeing as the Dutch are a leading producer of high-quality dairy cows.

Seeing as rail is less perilous than ocean freight, why is that not done? That is a good question. It is probably due to China having a very strong trading relationship with Australia and New Zealand (close to €200 billion in annual two-way trade). More than 5% of Australian citizens are of Chinese heritage.

Ethics is a complicated issue. In this instance, New Zealand has developed good genetics in its dairy cows and by exporting them they are helping Chinese dairy farmers provide sustenance to 200 million schoolchildren. It would have been another issue if the cattle were being exported for slaughter. That practice was banned long ago. The objective of these transports is solely to help the Chinese dairy industry. And the only viable means to export them has been by ship. If one had transported the cows that perished on the “Gulf Livestock 1” by air, it would have cost €15 million and spewed out 12,000 tons of CO2. This is just not feasible.

No, it isn’t. But it is the only environmentally sound means of transport. All transport by sea poses a risk since seas are susceptible to sudden storms and when ships capsize, the cargo sinks to the bottom of the ocean. The “Gulf Livestock 1” was a special purpose-built vessel but even such a vessel cannot always withstand the forces of a Category 4 typhoon with its 250 km/h winds. Building vessels the size of aircraft carriers, would perhaps be a solution, but is simply nonviable.

We believe that halting all trade in live dairy cattle between New Zealand and China due to this one isolated incident is rash. More than 100 ships are lost at sea each year, two dozen of which are large freighters and there are an estimated 3 million shipwrecks on the ocean floor, so it is hardly news that sea transport is dangerous. More than 2,000 seamen are lost at sea each year, but their deaths are considered an inevitable toll of transporting our goods — 20 million containers’ worth. The loss of 5,876 cows, while tragic, was simply a part of that toll.

We sincerely hope that this tragedy is never repeated. Although it is likely not the last freighter carrying (live) cargo that will capsize, it is important to keep in mind that ship safety is constantly improving. Technological improvements are making navigation much safer and the number of shipwrecks and oil spills worldwide has steadily been declining (4% year on year) while the volume of cargo has tripled. With 85,000 large vessels at sea at any given moment in time, carrying 95% of our world’s cargo, only 0.1% are lost at sea each year. Sea freight is therefore by far the safest and cleanest means of transportation and while oil spills do still occur, there are only 6 spills a year these days as compared to 25 a few decades ago, when there were only a fraction as many vessels at sea. At HVA, we have always had the utmost respect for the sacrifices made by seafarers that transport the goods we produce and are traded worldwide. They are the true unsung heroes of the agricultural industry. 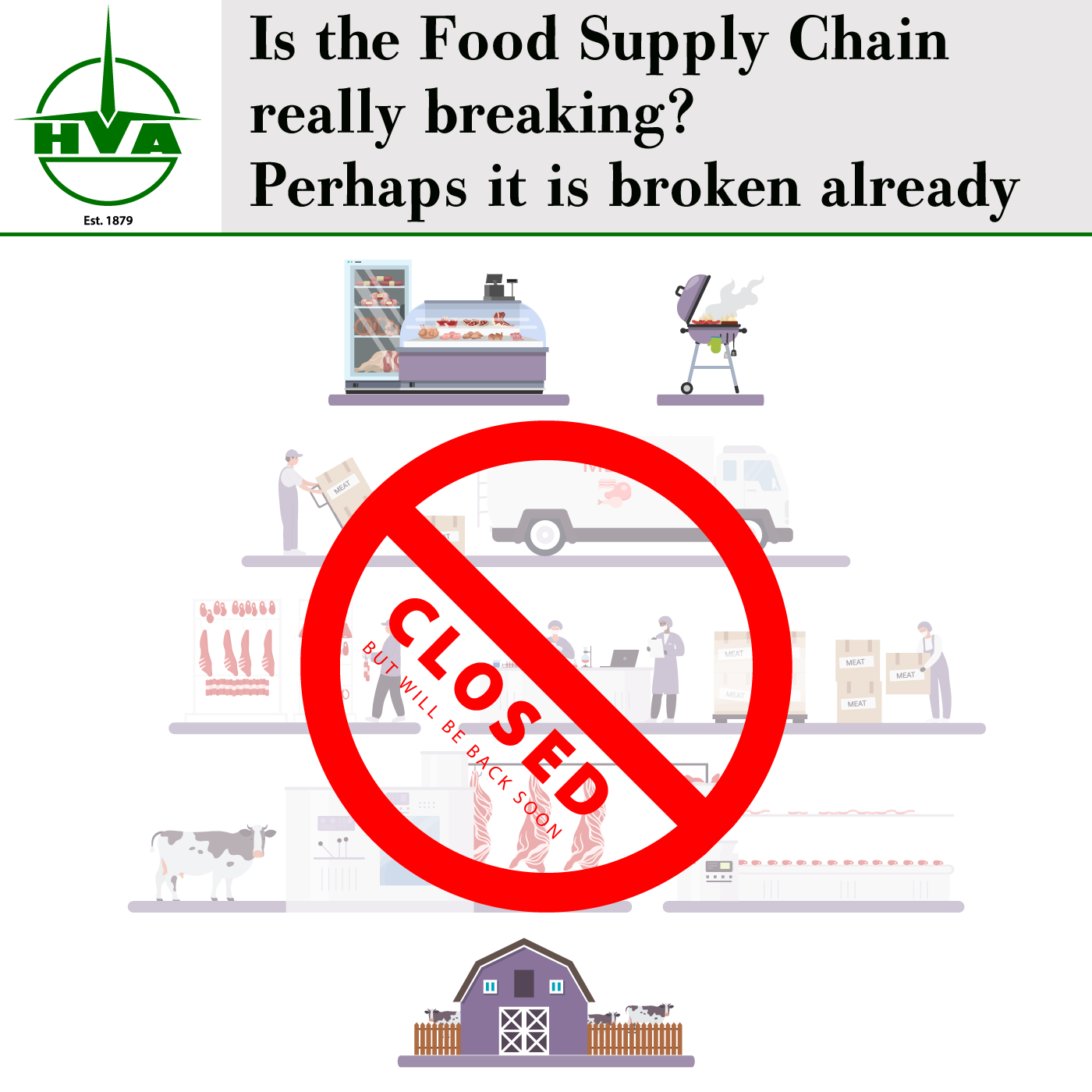 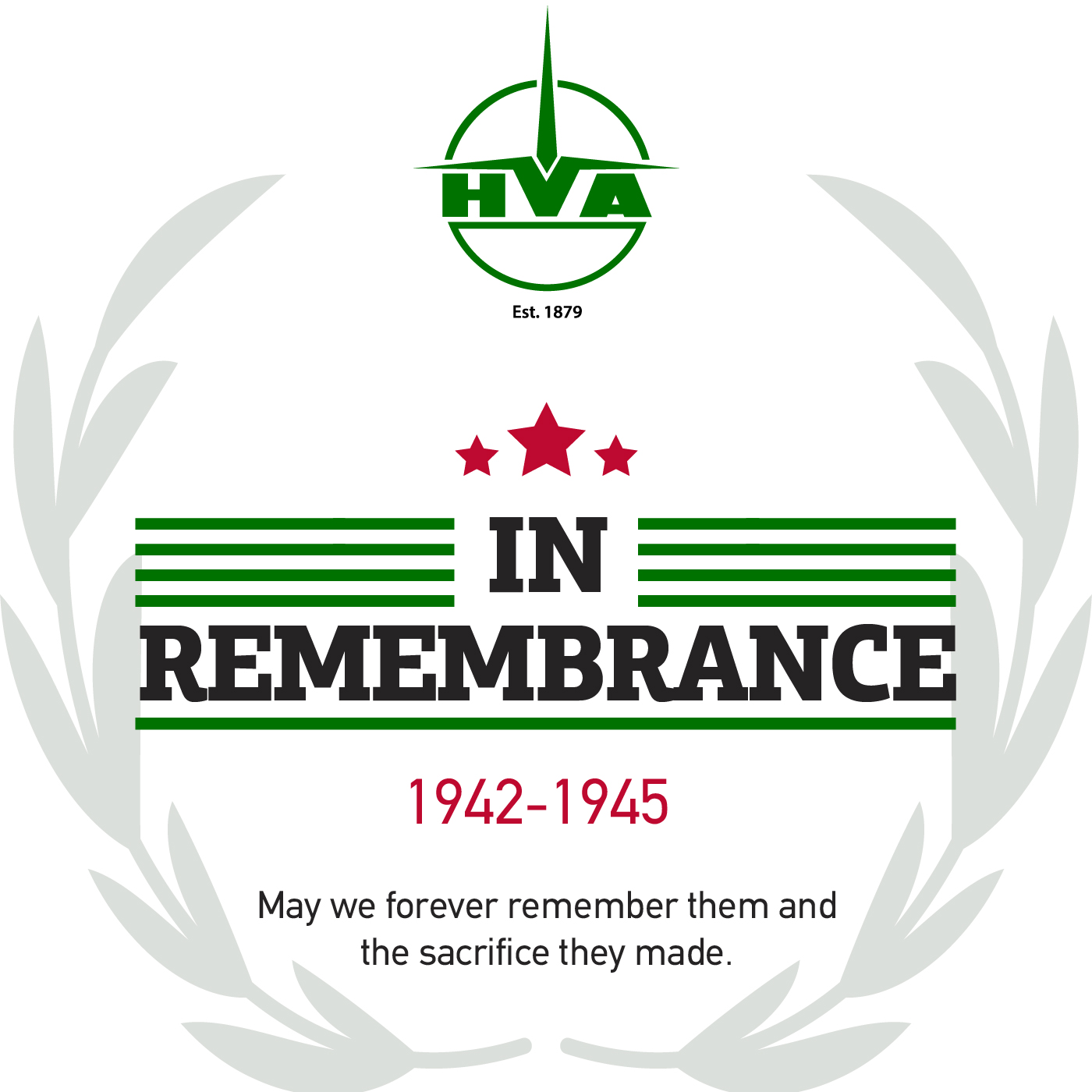 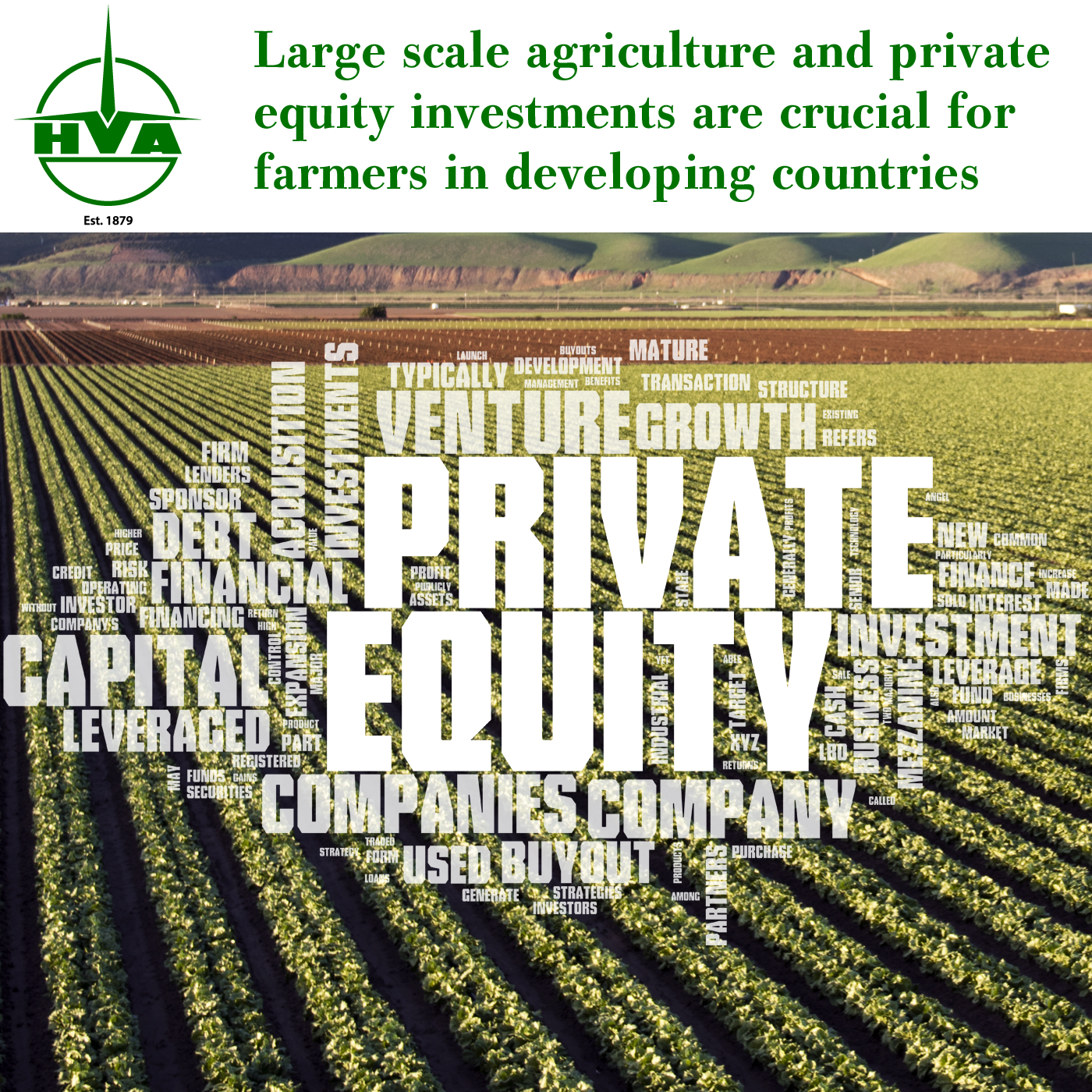 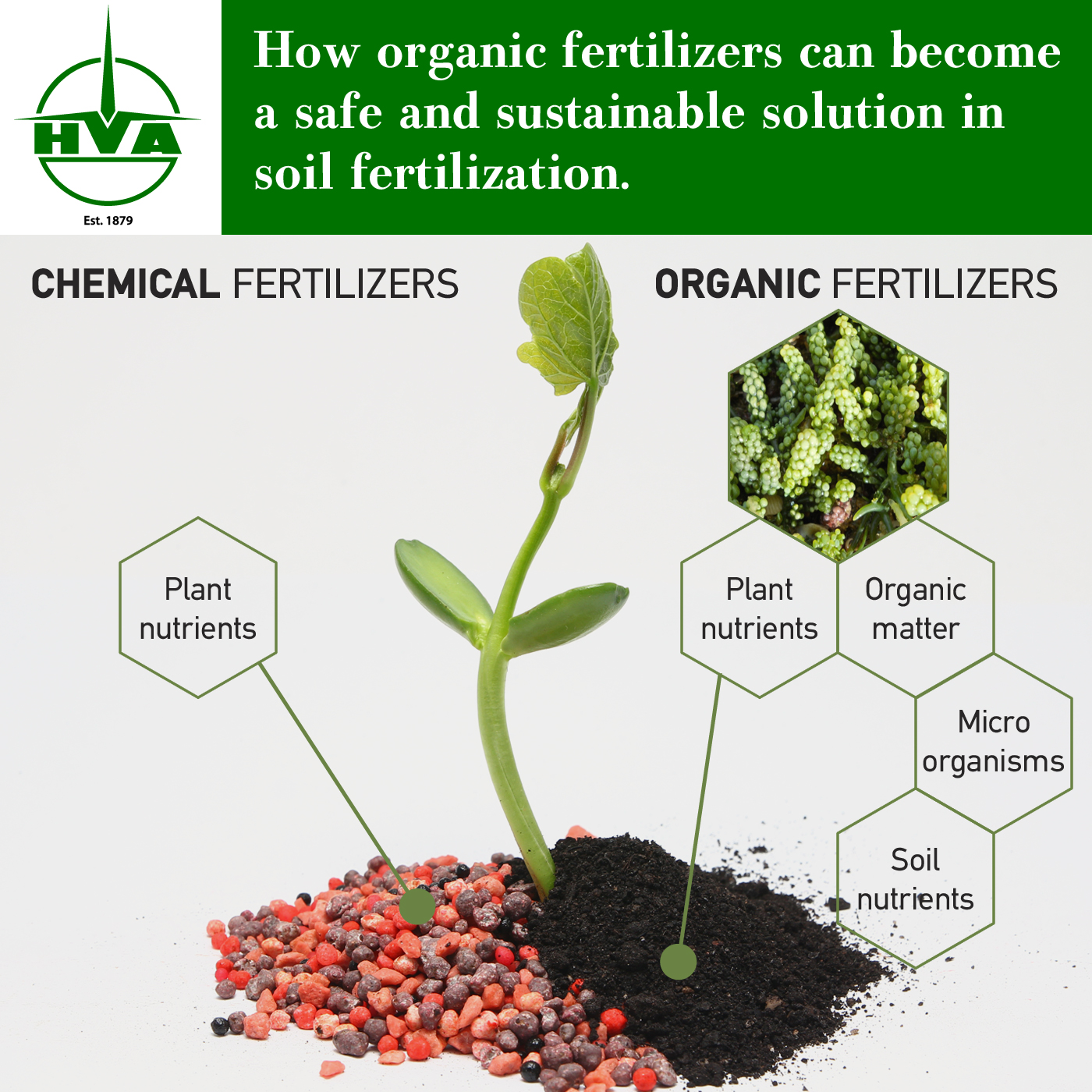 #agriculture #crispr-era #evergiven #foodsupply #nobelprize #organic_fertilizers #RIPMagufuli #suez #suez_canal #sustainable_solution #Tanzania climate climate change developing_countries farmers farming food foodchain investments
Do NOT follow this link or you will be banned from the site!
We use cookies to ensure that we give you the best experience on our website. If you continue to use this site we will assume that you are happy with it.OkPrivacy policy